La casa dei garofani : nessuno te li regala i garofani, nessuno, se non i ciechi = The house of the carnations : no one donates carnations, no one, but the blinds / [Iris Biasio] 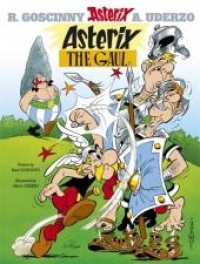 Asterix the Gaul / written by René Goscinny and illustrated by Albert Uderzo ; translated by Anthea Bell and Derek Hockridge No stereotypes plz! : a grassroots comics campaign against the discrimination of northeastern states people / [concept by Sharad Sharma] Resumen: The dream team of David Almond and Dave McKean bring us a complete story set in an incomplete world. The gods have created a world - they&#039;ve built mountains, a sea and a sky - and now their days are filled with long naps in the clouds (and tea and cake). That&#039;s until Harry, Sue and Little Ben begin to fill the gaps of the world: with a mousy thing, a chirpy thing and a twisty legless thing. As the children&#039;s ideas take shape, the power of their visions proves to be greater than they, or the gods, could ever have imagined. This is a genius retelling of creation from an award-winning duo, fully illustrated in colour.